Last April’s “Buy American and Hire American” executive order by the Trump administration could spell trouble for Maine camps come next summer, camp directors say. Now camps are mobilizing throughout the state and country to tell Congress and the White House how damaging the executive order could be for the state’s youth camping industry. 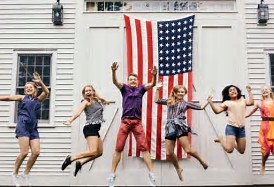 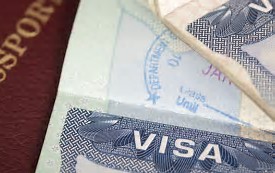 A cultural exchange visa program, known as the J-1 Visa Program, enables international workers to fill jobs here in the U.S., including those at summer youth camps. The President has expressed concern that international workers are taking jobs from Americans, and his order has the potential to make cuts to that program, possibly without the opportunity for public debate.

A Wall Street Journal article published in late August quotes individuals familiar with the administration’s plans. According to those sources, the executive order is focused on employment programs including the J-1 Visa Program, a small percentage of which includes both camp counselors and workers in the Summer Work Travel (SWT) program. Participants in the SWT program often serve as support staff at camps, such as kitchen and facility support.

International Camp Employees Are Essential To The Camp Industry

American Camp Association President and CEO Tom Rosenberg says cuts to the J-1 Camp Counselor and J-1 SWT program would impact both the cultural exchange and economic benefits of having international camp employees.
“We want to make sure the administration understands they are essential to the camp industry” Rosenberg said Friday. “If they eliminate these positions, these visas, these international exchange participants won’t be able to come over.”

As a result, Rosenberg says, camp directors will have unfilled staff positions. “It will cause camps to take less campers, they will generate less revenue, and there will be less impact on the local economy.”

“In some cases, I think camps are going to close,” Rosenberg said.

The economic benefit of camps is profound. According to the ACA, a 2017 study determined that in the nine northeastern states, more than 6,000 state licensed camps have a direct economic contribution of almost $3.2 billion. The study found that such camps pay about $1.1 billion in local, state, and federal taxes. When considering additional spending by downstream businesses and employees, the study found a total economic contribution of $8 billion in sales, more than $3 billion in wages, and $500 million in state and local taxes, according to the study.

But there is more to it than the economic impact, Rosenberg says.

“Beyond that, we are losing the opportunity for young people from a lot of wonderful other countries to spend a few months here,” he said. That cultural exchange is crucial and decades-old, Rosenberg says.

“We’re helping kids understand that the world is very small, and that we have a lot in common,” he said. “J-1 is all part of understanding the value of other countries.”

And if camps end up having to close for lack of employees, kids lose out, Rosenberg says.

Camps are “building communities, teaching kids how to be independent and interdependent, how to solve problems, and have real relationships in a tech-free environment,” he said. 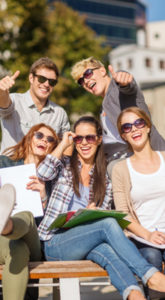 Proposed Cuts Have Generated 75,000 letters to the White House

The possible negative impacts of Trump’s proposed cuts to the visa program have generated 75,000 letters to the White House and Congress in four days, Rosenberg says. “I think after Labor Day it’s going to explode even further.”
Steve Sudduth, an owner and director of Wyonegonic Camps in Denmark says the program cuts could cause problems for camps throughout Maine. At his camp, about 20 percent of the staff is international, he says.

“It’s really challenging to not have access to a supplemental work force,” Sudduth said. “It’s all about balance.” That balance between American and international workers is particularly important when it comes to certifying and training camp personnel prior to the camp season’s start, he says.

Sudduth says American camp counselors are typically college students who have school commitments both prior to and immediately following the camp season. While some are available for training and certification pre-season, having international staff fills a void.

“We can get some, but we can’t get all,” Sudduth said.

For example, Sudduth says, staffing the sail docks, ropes course, and waterskiing boat all demands extensive training. It isn’t always possible to get 21-year-old American counselors on board for training prior to the camp season, he says.

The end of the season also poses challenges, he says. Having international staff available to help close camp facilities is key, he says.

But there is more to the issue than economics, Sudduth says. “Some people will agree, others will disagree, but it’s incredibly valuable to the staff and the American child who goes to camp. That ten-year-old will have a much broader scope of the world because they start to have mentors from all over the place,” he said.

“It has incredible value over time,” Sudduth said. “We hear that from our families.” 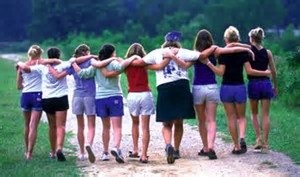 In fact, Sudduth says Wyonegonic Camps has flags of 81 different countries in its dining room, representing all the nations that have been part of the camp community over the years.

“It’s a global village as it were,” he said. “They learn other customs and ways of the world and songs, literally.”

“The long-term picture is that a global balance is critical in generations to follow,” he said. 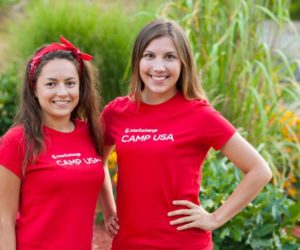 “It’s not that we’re underpaying [international workers],” he says. “It’s a completely different work model to get them from Kansas rather than Hungary, Poland, Mexico and the U.K. Those kids are all college kids from other countries. They’re trying to get an English immersion program. The cultural exchange for them is a no-brainer.”

“It’s really difficult to get a young adult American to work in a camp kitchen,” Sudduth says. “There is not enough of a work force nearby.”

Sudduth says the effect on camps of the potential results of Trump’s “Buy American, Hire American” initiative is just a “blip, a tiny crumb of the whole puzzle.” But the impact is real.

“It will hurt and impact us here,” he says. “Here we are in Maine, with a long-standing tradition of summer camp.”

“Maine I think is one of those places, you can’t just turn around and say use the local workforce. There are some, but not enough.”

Wawenock Hires About Half A Dozen International Staff Each Summer

“For us, we appreciate diversity. It’s an opportunity for us to include more diversity in the camp family.”

Sangster says the J-1 program offers international workers the chance to experience the U.S. “in a very immersive, unique way.”

“They’re not just coming to see New York or Disney World,” she says. “They get to know people in the U.S.”

Eliminating the program would be a “huge loss,” she says.

Sangster says Camp Wawenock has had international staff come through the ranks as campers, then returned to work at camp. “What would happen to them?” she asked.

Camps would also suffer from an employment standpoint, Sangster says. “We hire a lot of local folks,” she says. “It’s hard to find everybody locally when it’s a seasonal business. They want a year-round job.”

Sangster says camps are paying more, not less for international staff, despite what the supporters of Trump’s executive order assert.

International staff is paid the same as American workers, but camps also pay exchange fees to sponsoring agencies, plus visa and travel fees.

“It adds to the overall cost of camp. It’s not like we’re cutting corners and saving money.”

For example, a kitchen job at Camp Wawenock may be an eight-hour per day commitment, but it’s a split shift: “two hours here, four there, two here,” Sangster said.

“This isn’t preventing Americans from getting jobs,” Sangster says. “This is both an opportunity for enriching our camp families and giving an opportunity to internationals.”

“We are filling positions that are hard to fill.”

The camp industry is a big one, Sangster says. It helps that the American Camp Association is banding with states organizations, and that camps are mobilizing their staffs and families to emphasize the potential negative effects of the cuts to the cultural exchange visa programs, she says.
At the Girl Scouts of Maine, Chief of Outdoor Operations Mary Ellen Deschenes says the threat to international exchange employment programs “would harm a lot of camps and kids. Camps would have to retrench and in some cases, stop operating,” she said.

For example, finding enough local employees to staff Camp Natarswi, the Girl Scout camp at the foot of Mount Katahdin is simply impossible, Deschenes says. ACA standards and Girl Scout safety rules – plus meeting parental expectations – means staff must be 18 years old and have certain experience. “We can’t just pluck 16 and 17-year-olds and say we have a summer camp,” Deschenes said.

Deschenes says the hiring process is complicated by the fact that fewer college students are actually seeking summer employment, and “of those who are working, fewer are really prepared to work at a resident camp.”

“It’s tough finding appropriate people to work a limited season in a remote place where there’s not a lot of privacy and you’re working with kids all the time,” she said.

“If we didn’t have access to the J-1 visa staff, we’d probably have to close,” Deschenes said. A truncated season, serving fewer girls, would make finding local staff even more difficult, she says. In addition, there would be budgetary issues related to such expenses like property maintenance. “We wouldn’t recoup enough to pay for basic things,” she said.

Then there are the cultural benefits of the exchange program.

“Having exposure to a number of international counselors is a unique opportunity,” Deschenes said. Campers “love to hear stories about girls from other countries and how they grew up.” International and American staff also benefit, she says.

“For a Maine-grown counselor to know somebody from Scotland or Ireland, it broadens their horizons,” Deschenes said.

“For our Girl Scouts to lose the opportunity to attend summer resident camp would be tragic,” Deschenes says. “They would lose all the good things camp provides.”

Tom Rosenberg says that about two-thirds of ACA overnight camps have international cultural exchange participants. The effort to advocate for those participants is extensive, he says, both among camp professionals and camp families.

Camps – and campers – benefit from international workers, say camping professionals. Now, they say, the White House and Congress need to hear why changing programs for those workers would have vast negative results.