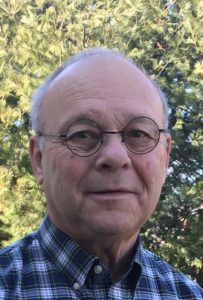 After graduating from the University of New Hampshire he spent twenty-five years as an administrator in private education working at the Fessenden School in West Newton, MA and the Waynflete School in Portland ME. Ron’s affiliation with Maine summer camps started when he was seven years old when he first went to Camp O-AT-KA. He returned to O-AT-KA in 1994 as executive director.  During his years at O-AT-KA he served as vice president of both Maine Summer Camps and the American Camp Association of New England. Over the years Ron has been the recipient of a number of awards in education and camping. Ron is married, has 3 daughters and 6 grandchildren. When not working Ron enjoys spending time with his family, camping and flyfishing.

A native to Maine, Susan holds a Bachelor’s degree in Communication from USM. She started her career at United Publications, Inc. in Yarmouth, where she coordinated national trade shows and conferences. After the birth of her two children, Susan worked part-time in the development department for a few non-profits including the Maine Audubon, WinterKids and Hospice of Southern Maine. Susan was on the board of the Cape Elizabeth Land Trust and a member of the Junior League of Portland. Susan resides in Cape Elizabeth with her husband, Kevin and her “Maine Summer Camp kids,” Curtis and Annie. Both she and her children attended the YMCA Camp of Maine on Lake Cobbossee.